Some scholars suggest that there was no alliance among, and few intersections between, Native Americans and African Americans.  Yet sometimes the intersection can be in the landscape itself.  When I went to college at the University of Iowa, a certain stretch of ground in front of the Student Center always seemed out of place, mysterious somehow, hiding some kind of history or evacuated of something.  Today I walked past a sign that detailed this erasure:

“This space [Hubbard Park] served as a residential neighborhood from 1839-1926.  Afterward, the University leveled the block and the area became a Women’s Athletic Field.  Designated a park in 1991, its namesake is Philip G. Hubbard, the University’s first African American professor and later university Vice President. . . Before it was a park people lived here.  Hubbard Park started out as Block 98 when Iowa City was planned in 1839, becoming one of the city’s earliest residential areas.  After the Great Flood of 1851, the neighborhood re-emerged in the 1860s with a mix of workers’ cottages, larger houses, and a corner grocery store.  The neighborhood was diverse.  This was a racially, ethnically, and economically mixed working-class neighborhood.  Many of the houses were rental units; others were single family homes.  Some families. . . were prosperous. . . Many residents were immigrants, like the Rinellas, a Sicilian family who ran a corner grocery store that was the center of the neighborhood in the early 1900s.”

Excavations in the park in the last decade also revealed indigenous arrowheads and other artifacts that revealed that Native Americans were living here for thousands of years.  Thus a space was obliterated and evacuated that for thousands of years was used by indigenous people, and briefly, by African Americans and other immigrants.  It’s not surprising that the little-used, blank space used to give me pause in all the years I went to school here.  It’s an eerie, empty space with a lot of history, like so many others in America. 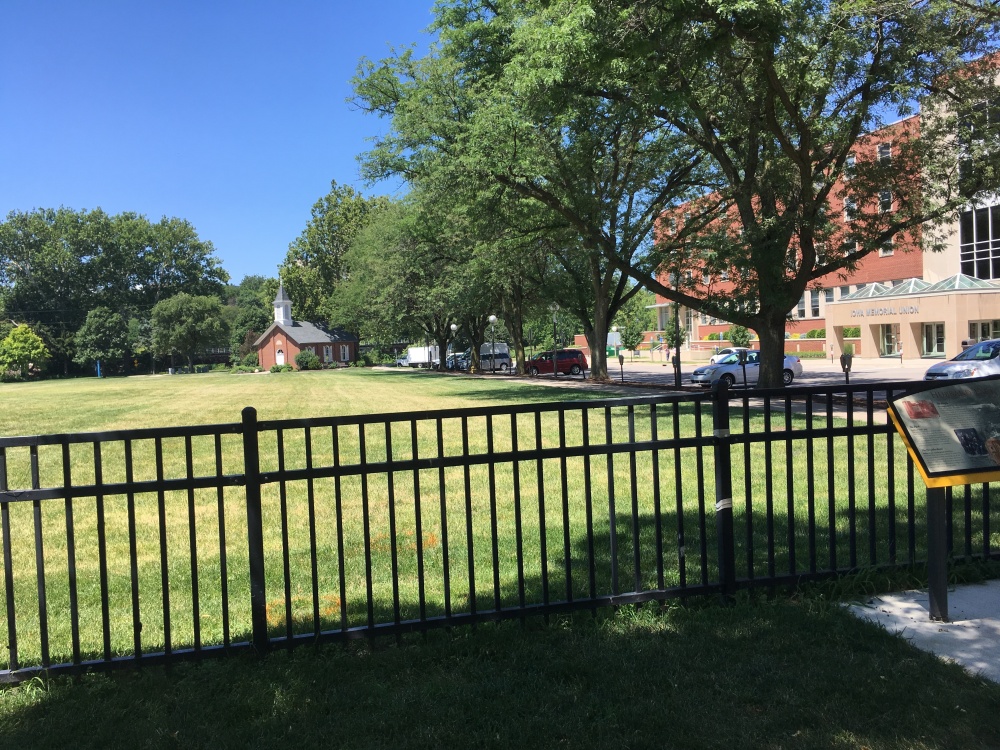